The Constitutional Court repeals the transposition of the data retention directive 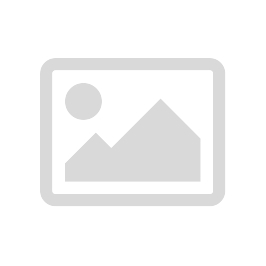 Brussels, June the 12th 2015 – Following two actions for annulment brought independently, the Belgian Constitutional Court ruled yesterday against the mass collection of communications metadata. This ruling falls in line with a recent ruling from the Court of Justice of the European Union (CJEU) invalidating the directive behind Belgian law.

The Data Retention Directive (2006/24/CE) adopted in the aftermath of the terrorist attacks in Madrid (2004) and London (2005) – it has been invalidated since then – required telecommunication service providers or operators to retain communications metadata on each and every customer.

In July 2013, the Belgian Federal Parliament adopted, under an emergency procedure, a law and a decree transposing the Directive into Belgian law 1.

In February 2014, NURPA, datapanik.org, the Liga voor Mensenrechten and the Ligue des droits de l’Homme jointly initiated a crowdfunding campaign to finance an action for annulment before the Constitutional Court 2. The success encountered by the campaign – the € 5,000 goal was exceeded in a couple of weeks – has shown how much citizens value their privacy.

Through yesterday’s ruling 3, the Court reaffirms the importance of the right to privacy under the Article 22 of the Belgian Constitution, and recalls that any limitation of this right must be proportionate.

Belgium joins the long list of Member States in which the national transposition of the Directive was challenged successfully 4. It should be noted that it is currently not clear whether the European Commission plans to introduce a new proposal for the retention of communications data 5.

"This constitutional ruling should have the effect of a shock to our governments: they cannot expand indefinitely the massive surveillance of their citizens. There is an increasingly obvious imbalance between the respect for privacy and the legitimate need for security. This is what prompted LDH to make data protection and privacy our main themes for 2015" said Alexis Deswaef, President of LDH.

"The ruling of the Constitutional Court brings a breath of fresh air in a nauseating context where murderous acts of a few terrorists are enough to destroy the fundamental principles of rights and freedoms of our democracies. This should remind everyone that rights and freedoms are a constant struggle, even more so when the trend in Europe is the stacking of securitarian measures, as sadly demonstrated by the French case." concludes André Loconte, spokesman of NURPA.